The Power of Prayer & Worship: Trust Goes Up, Fear Goes Down 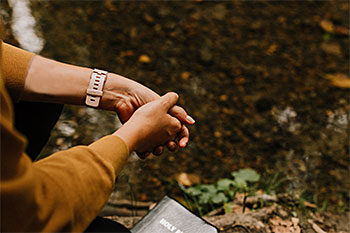 For this partnership formation meeting in Central Asia, they came from Sweden, Norway, Korea, Singapore, Germany, England, South Africa, America  They were Baptists, Presbyterians, Assemblies of God, Methodists, and the list went on.

One of the key principles for building an effective evangelism/church planting partnership is the focus on worship, prayer and communion. This partnership meeting in Central Asia was a powerful testimony to this fact. The first item they put on the agenda was — worship!

As the working meeting progressed over 3 days, a powerful combination of common worship, prayer for each other and a climatic communion service allowed the Holy Spirit to bond very different people together in Christ. Without this bonding, a dureable, effective partnership among such a diverse group would never have been possible. As trust increased, the relational walls came down and turf was relinquished. The resulting collaboration advanced everyone’s ministry effectiveness beyond what was otherwise possible.

A sense of urgency to get ‘business’ done always exists.  But ime was allotted to get to know and pray for each other. For instance, as working groups reported on significant initiatives that had been proposed, each member of the group was asked to stand. Others close by gathered around, laid hands on them and prayed. They prayed that each person would be empowered by the Holy Spirit and that they would be protected from Satan’s attack. It is a humbling, enriching, and empowering experience to have people from many other nations and denominations praying for you – particularly those that you had previously not known!

The meeting’s culminating event was communion. Words are woefully inadequate to describe the meaning and emotion of receiving communion with such diverse people who you have only just come to know. Even greater significance may have been the joy of receiving the sacraments from national church leaders — individuals who had not even heard of Christ a few short years ago. Nothing…nothing could bond people into trusting relationships for the purpose of spreading the Gospel with more power and authority among the unreached more completely.