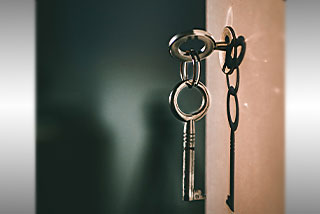 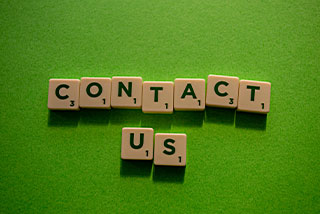 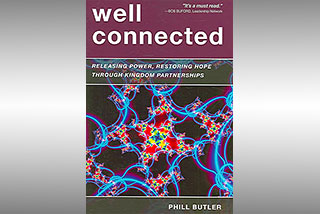 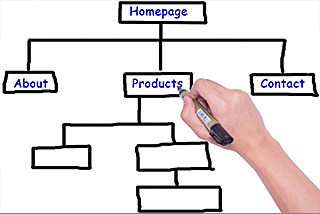 My Personal Journey: Waking Up To God’s Hand Late In Life

I guess you could say I’ve been a serial entrepreneur.  I’d never thought of it as expressly being a Holy Spirit directed thing.  In my case it seemed to be more of sickness that got diagnosed one night after dinner a few years ago when I was 67.

For years I’d been on the board of a Pacific Northwest marine biology educational non-profit.  The board Chairman, learning that I was ‘in-between’ my entrepreneurial seizures, asked if I’d become the Executive Director of this non-profit of enviable reputation.  As a friend who knew me well, he said the predictable; “Stop running around the world, quit having to raise money from churches, do something that everyone understands, and, oh by the way, how much money do you need? $100K? $150K?  You can buy that Porsche without shame and still make a real contribution to kids’ lives and society at large.”  Well, I believed in the vision or wouldn’t have been on the Board and helped raise money for years.  It was certainly a legitimate, actually important role for believers to play.  Besides, at 67, it sounded like a pretty good option.  I told him I’d pray and think about it.  And, of course, I told my wife, Sybil.  She already liked the non-profit’s mission. And, to her, having traipsed around the world with me for years relentlessly supporting my stuff while at the same time pursuing her own successful career, the idea sounded pretty good!

So, about a week into this journey, for no apparent reason, after dinner one night (I do now suspect the Holy Spirit!) I sat down with a yellow lined pad of paper and jotted down every year since I’d graduated from college.  No comments or other entries, just the raw years, 1958, 1959, etc.  At this stage of life it took a while.

After dutifully staring at this essentially blank page, I began considering the key ‘turning points’ in my life.  It seemed about every 7-10 years there were fairly significant shifts in my direction.  Having done a business degree and worked my way through college in broadcasting, the first few professional years were in the mass media.  First as a journalist, then in sales and, later, management.

As I began jotting, in1967 there appeared the launch of Intercristo.  First part-time then in 1970 full time in a goodbye to my career in broadcasting.  (Journalism, by the way, I found to be akin to a staph infection; once in the blood it’s very hard to remove.  Despite ‘leaving’ broadcasting, I continued to do special features for ABC News until the late 1980s.) Intercristo was an amazing journey as we fended off those who thought we were trying to substitute the computer for the Holy Spirit while we responded to the interest by thousands of ‘ordinary’ believers who wanted to do something for God.

By 1980 Interdev was born as a small, globally communications-focused training and consulting ministry.  With a handful of creative colleagues, we were involved in some amazing at times, truly audacious Kingdom projects.

In 1985, in consultation with trusted advisors, Interdev re-focused to concentrate on ministry partnership development.  We had no formula, few models, and little money.  But we were committed to the idea that God’s people working together would be a lot better than everyone just doing their own thing.  As a layman, it seemed to me that the practical implications of Jesus’ prayer in John 17, along with passages like Ephesian 4, Romans and I Corinthians 12, and Psalm 133 all seemed pretty obvious.  To quote a friend, “It isn’t rocket science.”

Over the years God gave us a remarkable team and, according to observers in both the missions strategy and funding communities, He allowed us, despite ourselves, to ‘pioneer the modern partnership movement’ as the late Ralph Winter described it.  We learned a great deal about what did and didn’t work; what was replicable; and, in process, were privileged to help bring hope to often discouraged and fragmented field personnel.  Most important, we saw a partnership approach help make countless spiritual breakthroughs possible – thousands of new believers and countless national leaders where for centuries there had been none.

That night as I looked over the yellow pad, I found myself saying to Sybil, “Amazing.  It’s plain as day.  Over 45 years, every one of these initiatives, on the surface apparently so different, had one thing in common: they all required God’s people to work together.”  And, despite my exaggerated aversion to evangelical clichés, I went on, “I think this may be the call of God on my life!” It was pretty late lae in life to wake up, I know.  But, sometimes the patterns don’t come into focus early or clearly.  And, some of us are really slow learners.

Well, I said no to the non-profit Chairman’s offer, visionSynergy was born with a focus on ‘macro’ collaboration opportunities and, as the saying goes, “The rest is history.”

Globalization; the energy of the non-Western church; the power of the internet, mobile and other technologies; and the rise of social media and social networks.  All the world’s awash in talk of collaboration; education, business, science and technology, and, yes, the Church.  And looking back over the years, that’s enormously encouraging.

But, still, believing in it and mastering the core skills that effective, sustainable partnerships or networks require are two sharply different things.  So we and other collaboration colleagues around the world press on – helping His people find ways to work together effectively.

I suspect there are a lot other folks whose journey, on reflection, might reveal His hand as clearly as mine seems to have.  Some call it God’s will; some call it destiny.  In any case it’s a reminder that all our journeys are unique and He’s more than interested.