Energizing Church Growth In a Hostile Context: The Intersection of Media and Local Fellowships 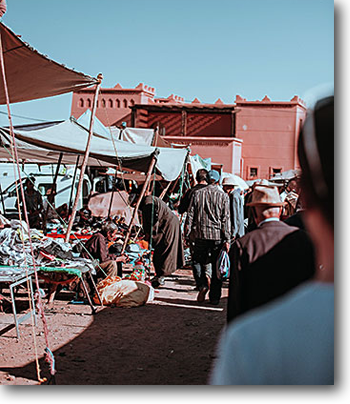 I have been privileged to work in Christian media projects globally.  What I cover in this brief article is essentially applicable in any area fundamentally hostile to the Christian message such as Islamic, Hindu, Buddhist, China, etc.

My particular interest has been in the Greater Middle East.  And, there, North Africa where I first worked in the 1970s.  It is this context that I use as I seek to make the case – an example of what I believe is a global reality.

To media personnel, many of these issues are well-known.  But, I review them so my assumptions are clear as I seek to make the case:

I was slightly amused but appreciative of the candor of recent remarks by a long-time friend, director of a major U.S.-based evangelical foundation.  He said, “When Google Analytics came along we thought, ‘At last, we have some objective, third-party data!’  But within a year or two we realized that we don’t have any more really useful information than before.”

In my experience, the media and its relationship to on-the-ground issues were first seriously explored by eight agencies in June of 1986.  At that time there were only three electronic media-based sources for the Christian message in the North Africa region: Trans World Radio, medium wave, from Monte Carlo and Cyprus.  And Far East Broadcast Associates (UK) and IBRA (Norwegian Fhiladelphia Church sponsored) by shortwave from the Seychelles Islands and Portugal respectively.

Then, these enquirers reflected a unique subset of the general population as literacy rates were low in North Africa (in Morocco at that time, less than 20%).  As both content producers and forms of communication proliferated, the challenges continued to dog media-based initiatives. Later, a well-intentioned, multi-agency initiative, GRMS, was diligently pursued seeking to address the same challenges.  It is a story with which many are well acquainted.   Regarding the 1986 North Africa meeting of 8 ministries — a Youtube video unpacks the complex but encouraging story in more detail, if you are interested.

Since those initial meetings in 1986 the ‘national church’ of Muslim Background Believes (MBB)s across Libya, Tunisia, Algeria, and Morocco, despite receiving little explicit attention by media, has managed to slowly grow.  An exemplary exception —   being focused on strengthening local fellowships and their leaders – has been the priority for a team based in Tunis.

Ultimately, the challenge is that a decision to become a Jesus follower in traditional cultures always occurs in a highly personal, relationally-intensive context over which the media have little or no control.  The words and images of media must be translated into flesh and blood.

This brief BBC News piece chronicles the implications of a Muslim to Christianity convert – in London.

Imagine the implications for a convert in a village in the Atlas Mountains of Morocco.  The stories of often horrific circumstances surrounding new converts are widespread.

The communication initiatives which, with the advent of social media, are constantly proliferating, should, of course, only continue and be strengthened.  Yet, is it not reasonable to consider allocating at least a portion of the current media resources specifically to the members, and, particularly, leadership of the existing local fellowships in “hostile” areas like the Middle East and North Africa?

Too often, I think, our assumptions may be that existing fellowships and their leaders are so constrained by years of ‘survival’ that they have no potential for innovation and change.  The idea of a specific effort to engage and support these fellowships and their leaders may seem like the ‘long way around’ in the goal of church growth.    So, in effect, we feel we must make an ‘end run’ seeking primarily if not exclusively media-inspired movements.   And, typically, these initiatives focus on individual decisions.  Then the always-present challenge of effective “follow-up” emerges.  And, still further, comes the question of how these individuals will be effectively integrated into existing fellowships – if they exist in the individual’s area?  Or, even less likely, how the individual will connect with other new or existing believers and form a completely new fellowship?

If we are to focus on strengthening local fellowships and their leaders, the question I’ve most often heard is, “What should be the content?”  (Something of an indictment of the pervasive ignorance on the topic!)  In an effort to get input from those most likely to know, a  French/Arabic language study was done among 55 national North African leaders at a 2018 regional evangelism conference.

The leaders’ feedback regarding the needs of existing fellowships and their leaders – suggested these priorities:

A working meeting of media and on-the-ground ministry leaders, focused on these issues, would be a great place to start.  Experimental initiatives can be designed with specific objectives and agreed indicators for evaluation.   An active communications and feedback plan must be agreed among all participants.  And, a key factor, there must be funding sources involved from the outset – agreeing on key elements of the experimental initiatives.

It is not really a question of money or of technical capability.  Ultimately we must face our readiness to seriously explore issues of stewardship – readiness to take risks and honestly face the implications of our fundamental assumptions about how the Holy Spirit will empower God’s people to take the Good News most effectively so that all may hear of Him, the giver of Life.